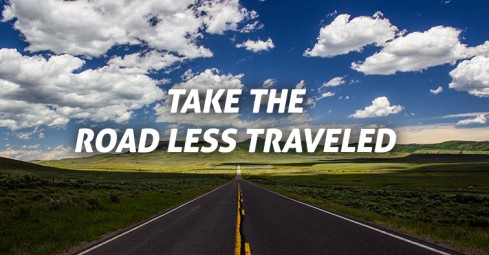 Traveling during winters to view the snowy landscapes and the icy wonders that nature has to offer has its own charm. Give your hodophilia a new destination this winter as you set towards discovering more offbeat destinations and taking the #RoadLessTravelled! Here are 5 destinations from across India to give rest to your resfeber and destinations that you wouldn’t want to miss:

Phugtal Monastery, Ladakh.
Phugtal Monastery, also known as Phugtal Gompa and Phuktal monastery is a 12th-century sanctuary located towards the south-east of Zanskar valley. Founded by Gangsem Sherap Sampo, it is one of the only Buddhist monasteries in Ladakh that can be reached by foot. Situated at the mouth of a cave, facing the river Lungnak, this monastery features a library, prayer rooms, and houses around 70 monks. The monastery is distinctively constructed and built on a Cliffside in the form of a honeycomb. Phugtal Monastery is located amongst the most remote regions of Ladakh and is among the 20 most isolated places in India that one should visit for a completely surreal experience.

Hanle, Ladakh
Not only Ladakh’s but one of India’s most stammeringly scenic locations is Hanle in Ladakh. The tiny hamlet is home to the Indian Astronomical Observatory and to visit the place one needs special permits from the Indian Government. Located close to the Indo-Chinese border, Hanle is located towards the south-east of Leh city and offers one of the clearest skies in the country – clear enough to view the Milky Way galaxy with the naked eye. Hanle is nature’s magnificent wonder and truly a road less traveled that you should embark on.

Living Root Bridges, Meghalaya.
Meghalaya’s Khasi Hill region is known for its root bridges that are scattered across the valley. But the most spectacular one amongst them is the Umshiang double-decker bridge, which is more than 180 years old. Some of these bridges are even 500 years old and are an extraordinary example of living architecture. The living root bridges have grown stronger over the years and can often support the weight of around 50 people or more.

Floating Loktak Lake, Manipur.
Loktak Lake is north-east India’s largest freshwater lake and also the only floating island in the world. This is due to a lot of phumdis (heterogeneous masses of vegetation, soil and organic matter, in different stages of decay) that are on the surface of the lake. This lake is home to 425 species of animals, 223 species of aquatic plants and 100 species of birds. Keibul Lamjao National Park is located on the southwestern part of the lake and is the world’s only floating national park and is home to the endangered Manipuri brow-antlered deer, Sangai.

Which of these #RoadLessTraveled destinations would you travel to first? Embark on new journeys and explore new destinations with the best car batteries and two-wheeler batteries.